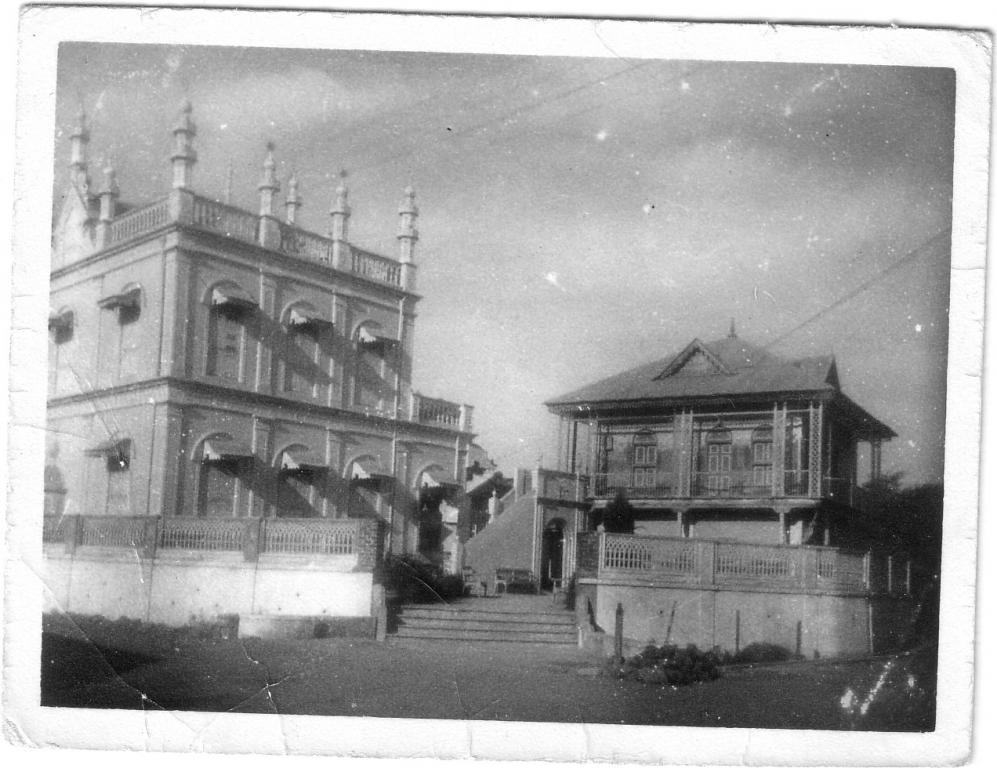 The world war just ended, but India was in midst of a new war, war for independence. In a sleepy village called Alipore, young men were worried about what was going to happen to their future, some of them were optimistic whilst others had no faith in the eventual events to come. It had been a few years since the last ship left from Mumbai to Berra and Durban, South Africa. Most of the young men from the village had left for the greener pasture of Africa. Those remaining were looking elsewhere for the betterment of themselves and their families. They had been told that South Africa had shut the door to newcomers for good, so those who had little or no land to farm were looking elsewhere for employment.

So many young Aliporeans who couldn’t get to Africa opted for the bright light of Mumbai and settled there. Some found work in hotels, restaurants, selling papad and pannier door to door, whilst others worked for Parsi Bawas, few even became rent collectors. One very poor and destitute mother who had 6 mouth to feed, said these famous words to her eldest son as she cry goodbye to him “son, just go from here, rather returning back to village, jump yourself to Mumbai ocean” were echoed all over the village. Those remain in the village helped their elders and became farmers.

Time passed on, it’s early 1950, and it had been a few years since India’s independence, as the initial euphoria died down, the nation moved forward under the leadership of Mr J Nehru. News filtered through that the mother-country had opened the door for much needed manual workers for their factories. It was an opportunity to go to England, where previously only the Rajah and Maharajah went and their sons for further education, to sail to farther shores was in the Aliporeans blood as they been going to Africa for nearly 70 years; this was an opportunity too good to miss. No one has ever gone to Europe before.

Those Aliporeans working in Mumbai were on a fact-finding mission; they wanted to know how to sail to England, get a passport and the cost for such a long journey. It was also the early days of aeroplane flights to England. Nevertheless there were regular ship and air flights from Mumbai to London.

During the British rule, it was not difficult to obtain an Indian passport, but after the independence it was difficult to obtain a passport, why does a villager need a passport? Why does he/she want to go abroad anyway? There were so many requirements to fulfil. This was an opportunity for agents to make some money if they could find a way to obtain a passport. There is always a loophole, and Indians are clever at finding such a loophole. Someone came up with the idea that Muslims can have a passport to visit their holy land i.e. Makah for hajj or Karbala in Iraq. Just writing “to visit holy places” on an application form, they can have a passport. Soon the word got around to most Aliporeans and once they had a passport it was plain-sailing to come to England. In the mid-1950′s, there was no visa system, no border control and no question asked at the port.

In the mid-1950′s England was in an economic boom. It wasn’t long since the Second World War was over; there was so much to do to rebuild the country, big demand for the British goods all over the globe. There was free National Health to run, roads to build, factories to run, and there weren’t enough people to fulfil all the demands. Britain was crying out for help, and guess who came to help in their hour of despair? A little village called Alipore from Gujarat in India. Hundreds of young and old Aliporeans came to these shores from mid 1950′s to late1970′s.Soon the news spread like wildfire to surrounding villages .People from South Gujarat joined the exodus and thousands of young men and women came to work here in England.

1962/64…First arrival take advantage of the voucher system and brings hundreds of other relatives and friends.Plenty of jobs in Woollen, Cotton and Hosiery mills all over the U.K.

1967/70.. Those who brought their family here, now have their boys/girls to marry,nearly 200 such young men and women  arrieved here to marry.

1970…. Settlement time, almost all who arrived here have now jobs and their own homes. Alipore Muslim Association established.

1975… Aliporeans begining to go in to their own business, majority of Aliporeans still working in Mills.

1980…Recession hits U.K. many mills closed down, some Aliporeans venture for small corner shops and other small business. Education for second generation became a priority.

1985…Many big mills shut down for good, first arrival immigrants loses many jobs. So many  take advantage of going in to small business.

2000; The first generation of Aliporeans, well educated and supported by parents are the back bone of the Alipoprean community.

2010; The migrant Aliporeans are now in dwindling number left, Batley and Blackburn cemetery is living proof. The first and second generation is here to make lasting impact If you have any information on above please correct me.